Holton Community Hospital opened its doors on May 12th, 1938, led by Dr. Roy Moser and Dr. Ernest Moser. The original facility at 418 West 5th Street had to be expanded numerous times to meet increasing demands for bed space and health services.

Dr. Ross Moser joined the hospital staff in 1948, with another new wing the following year.

In 1966, the Mosers gave the hospital to the City of Holton. The demands of Medicare had made administrative work overwhelming, with less time for patient care. Under public ownership, the hospital was governed by a three-member elected board and managed by a full-time administrator. The name changed from Holton Hospital to Holton City Hospital.

In 1990, the hospital changed its name to Holton Community Hospital to reflect the large area and populations served.

In 1993, the hospital started fundraising to construct an entirely new facility. Construction began in 1997 and the new facility opened its doors on January 4, 1999.

Now just as it has in the past, the hospital is expanding its building size to better serve the community. We are proud to have cared for generations of our neighbors in northeast Kansas.

Learn About The Building Project 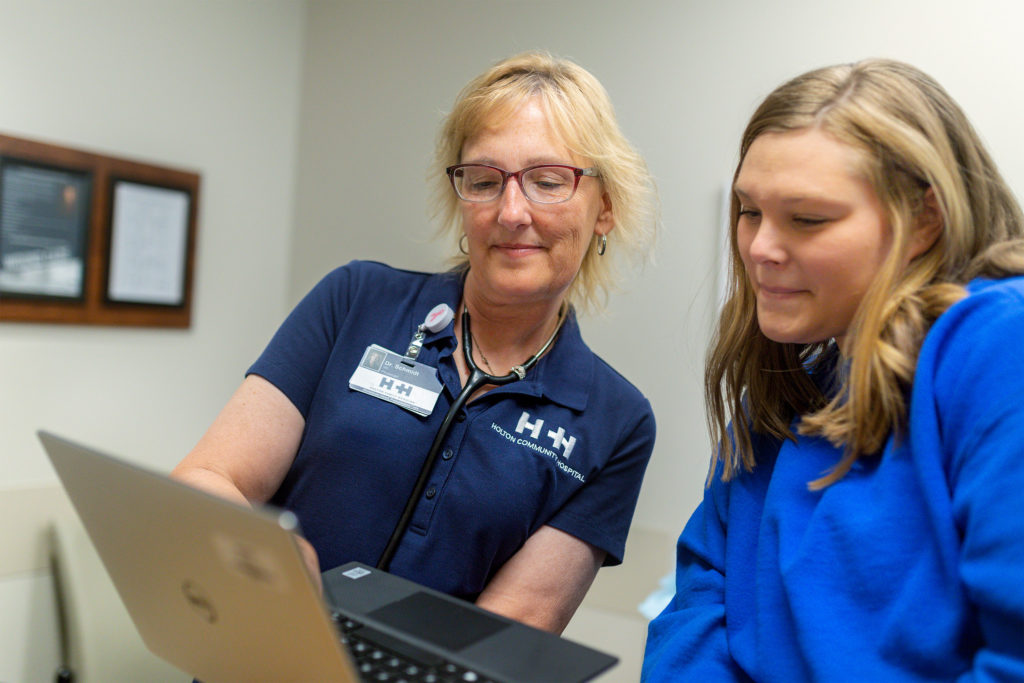 The Mission of Holton Community Hospital is to provide professionalism, compassion, and excellence in healthcare for a healthier community. We strive to meet our mission and are proud to serve our communities.

Our pledge is Quality Care Close To Home

S – Slow down, smile and greet
E – Explain who you are and what you do
R – Respond to patient needs and estimate time
V – Validate patient expectations and concerns
E – Express thanks for the opportunity to serve